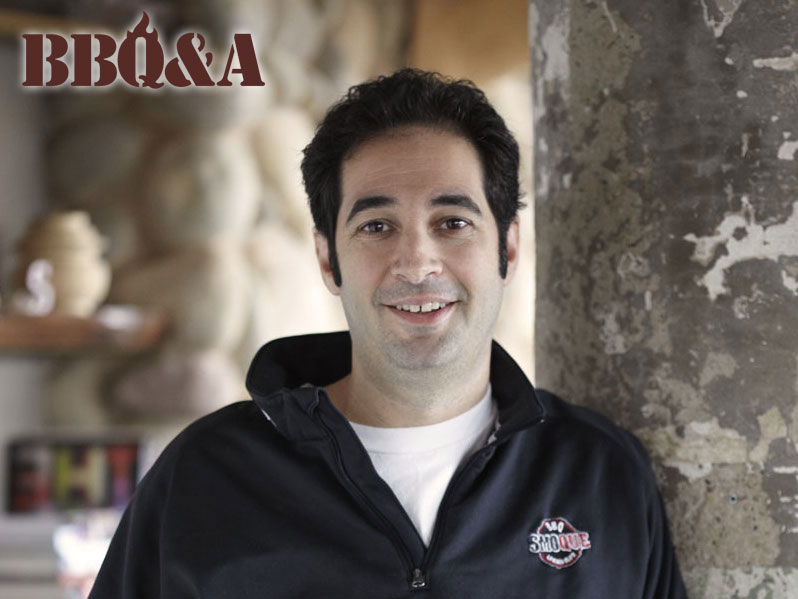 Barry Sorkin went into the barbecue business with his eyes wide open. As he took a leap of faith from a job in the IT field into the fire of opening a barbecue business in Chicago, Sorkin and his team put in the time with research, recipe development and a business plan.

But even with all that in place, there were surprises in store about the nature of the restaurant business, and barbecue in particular. Now, after a decade of smoke and meat at a location in Chicago’s Irving Park neighborhood, Smoque has built a national reputation for helping to give Chicago-style barbecue a true identity. And last summer, Smoque opened a second location inside the big new Revival Food Hall in Chicago.

Sorkin, who’s busier than ever these days, took some time to talk with us and share some of the lessons he’s learned along the way.

Q: What are some of the biggest lessons you learned about not just running a business but specifically barbecue?

A: First is that there is no task so simple that it can’t be done wrong. When you’re training restaurant staff to do a job, you can assume nothing. And related to that is the fact that it is not always obvious to an employee how a deviation from procedure will impact product quality. I’m sure this is true in all businesses, but I think it is particularly true of barbecue.

A: The slightest change or deviation can have huge impacts on product quality. So virtually everything needs to be made explicit. The challenge is that you also want your employees to use good judgment. And that’s a very difficult line to walk. So training employees to do as they’re told and only as they’re told, but also use good judgment can seem like a mixed message. And it is. But it is the goal.

Q: What was another thing that surprised you or caught you a little off guard?

A: That barbecue is a 24-hour operation. Of course, I knew that before we opened. But I don’t think that I fully appreciated what that meant. After all, I would have employees so that I wouldn’t be working 24 hours a day. But there is no way to describe the different state of mind an owner has when his/her business is operating vs. when it is not. We are closed on Mondays. And on Mondays I could enjoy a certain peace that I don’t get any other day whether I’m at the restaurant or not. [Note: now that the Revival Food Hall is open on Mondays, Sorkin has lost that one day of peace.]

Q: What did you learn about the economics of a barbecue restaurant? How is it different from other concepts?

A: This is a business of nickels. Again, I think I knew this intellectually, but it’s hard to really appreciate it until you’re living it. With barbecue, you’re selling piles of meat, not rice, not pasta, just meat. And so margins are tight. People still feel like barbecue should be an inexpensive meal. And it should. But it means that barbecue restaurants tend to run higher food costs than other types of restaurants. And that means that every nickel matters. And it’s hard to realize when you’re a busy place and there’s lots of money flowing in — thousands per day — but a $50 expenditure makes a real dent. You have to think of your expenditures as coming off of your bottom line versus your top line. Again, it’s common sense and I knew it. But I didn’t really get it.

Q: When you first opened Smoque, were you thinking about how to differentiate your brand? It seems like Chicago 10 years ago had so much of that “fake BBQ” with no smoker to be found, sauce to cover up not great meat, fall off the bone when it shouldn’t ribs, etc. Was the differentiation in the name itself?

A: Yeah, you’re right. Chicago didn’t have much in the way of slow-smoked regional barbecue. There were some rib joints to be sure — some using wood and smoke. But Chicago didn’t really think of barbecuing as smoking meats. Barbecue to most of Chicago was sauce. And so we knew that this was our main differentiator. And we knew the challenge was to answer the question: “Why does Chicago need another barbecue place?” And so we knew we had to emphasize those things that we thought differentiated us from the rib joints that defined Chicago Barbecue. And the name of course was a part of that.

Q: Now for a rib question: Why is St. Louis-style better than Baby Back?

A: Well, the truth is I like them both. Yes, I have a preference for the St. Louis. But our emphasis on St. Louis was another attempt to break the Chicago mold. Chicago had always been a Baby Back town. Baby Backs were always thought of as a premium rib. And they’re good. But I always felt like the virtues of spares or St. Louis were overlooked in Chicago. They’re meatier; they have more flavor; more fat (which makes them juicier), and they’re less expensive per pound than a back rib. But that price difference has more to do with how the hog is broken down than it does the quality of the meat. So I just thought Chicago should give them a chance. And they have. When we opened up, we were selling 90% baby backs. Now it’s closer to 50/50.

Q: You do have a good variety on your menu, but you’re known for brisket?

A: We kind of became known for our brisket. We knew Central Texas-style, but we always put our own spin on it. We cook ours a little longer; about 14 hours. And some places in Texas cook it at a little hotter temperature than we do. If you cook it hotter for less time it’ll be chewier. But every brisket’s a little different.

Q: Sides are such a great part of the whole barbecue experience. How did you decide which sides to include?

When we were planning our menu, we debated every single thing we did for hours and hours. It’s a luxury you have when you’re a startup. Your whole job is to figure stuff like that out, so you can dedicate lots of time to it. Once you open, it’s much harder to find the time for a two-week debate on mac ‘n cheese.

There are some standard BBQ staples that had to be there—beans and slaw. But others had to earn their spots on the menu. We had to love them. We didn’t really worry about the cost to produce them or the efficiency or inefficiency of serving them. We came up with sides that we loved and then figured out how to operationalize their production. To this day, we still argue the wisdom of that approach. While our sides have always been differentiators and a draw for us, it does sometimes feel like the effort to produce them is disproportionate to the revenue they generate, but we know it’s part of the experience. We joke internally that it’s “inefficiency you can taste.” So come on by and taste our inefficiency.

Q: Is there a magic number of sides for the menu?

A: For us, it’s a matter of focus. People will always want more choices. But they also want all of those choices to be great. And the reality is, at least for us, that there’s only so much you can do without losing focus. And as soon as you lose focus, quality across the board suffers. So you have to find a balance—between giving people enough choice and maintaining the quality that you can be proud of. For us, at our main restaurant, it was five sides and a dessert. We’ve since added a couple more sides and one more dessert.

Q: I noticed you took part in a Chicago barbecue tour event recently. Is that a good way to promote your business?

A: I don’t know. We’ve never been big on promotion. I always say you promote your business every day by putting out a great product. If you do that, you shouldn’t need much more promotion. And if you don’t do that, no amount of promotion will help. I don’t know if that theory completely checks out scientifically, but I think it’s a pretty sound philosophy that will generally lead to good results.

I took part in that tour because I thought it was really worthwhile to give some deserved attention to some of the institutions that helped build Chicago’s barbecue history. While what we do is quite different from what they do, it is clear that without them, there would be no us. Also, it was a great group of people on that tour and it was a privilege just to be along for the ride!

Q: Do you ever go to competitions or is that a whole other deal?

A: We do almost no competitions. Again, at risk of sounding self-righteous, we have hundreds of customers judging our work every day. That’s our business. The competition thing could only distract us from that. And I mean no disrespect to competitions or those that do them. I know lots of people who do them and love them, and probably get value out of them. For us, it’s just never been a priority. And to be sure, lots of barbecue careers have been launched at competitions. A trophy gives you instant barbecue credibility and that’s a great starting point for a barbecue business. But it’s never really been a part of what we were about.

Q: You put a lot of work into your business plan. Should barbecue businesses just starting out firm up their style and identity along with the business plan or is it ok to be way more open to evolving/experimenting along the journey?

A: I think your style and identity are always going to evolve. Your vision will change as your business matures and as the environment around you changes. But you should absolutely start out with a point of view about who you are as business, what your priorities are, what your values are and what you want your customers to think, feel and say about you. If you don’t know those things, I think you should ask why you’re going into business to begin with.